Friday, May 10th 2013, my years of being a crazy fan tweeting Mika have finally paid off. Jakarta’s The Origin of Love 2013 Concert held at Skeeno Hall Exhibition, Gandaria City. It was a cloudy afternoon and I rushed from office with butterflies flying in my stomach.

His first gig in Jakarta packed in a more of an intimate setting. It was a simple stage compare to his circusy grander decoration, with light boxes backed the band and Mika’s piano at the center of the stage surrounded by cool hanging bulbs. The band played the Italian part of The Origin of Love when Mika entered the stage, but instead of continue the song, he opened his concert with Relax (Take It Easy) and second later we were magically spelled into his charisma.

He finished the first song with a big smile and said, “Jakarta can sing”. Right! I was also so shocked by the audience. At first, based on where the promoters sale the presale tickets, I think they who’d come just want to be there for the sake of being cool, but apparently they were all donkey’s devoted fans. Skeeno Hall might not a full house but those people definitely knew how to sing and eagerly move their hips until the very last song. Psyched!

Last night was a mixed across Mika’s three records played in a powerful lively performance. He clapped, danced, swayed, jumped, leapt around the stage and joked around with his band mates. God, I wonder how his body could be that stretchy. The high-pitched vocal range heard in harmony with the band’s instrumental beats. He’s very communicative and never forget to made the audience part of the show. He knew how to build the tension in his performance; played it mellow in Stuck in the Middle and Happy Ending, made a flirty piano session to open Big Girl (You Are Beautiful), playfully sing some songs with one damn lucky girl choir (I’m green with envy, damn those girls!), in the end of Love Today he fooled around with Max, the pianist/bassist, then bashed the audience again with Celebrate, he even danced and laid down on top of his piano in several songs. He sang Lollipop twice and closed the night with the more upbeat one.

Mika’s definitely made to be a performer. An amazing one.

One thing noted, one hour and a half is not enough! Say that I’m greedy but 17 songs weren’t able to feed my thirst of his appearance. It felt like an anti-climax because he went away without any last word. It turned out because he must perform in X Factor Indonesia. Fuck it.

Well, after all it was an ocean amount of fun.

Thank you for coming to Jakarta and I’m looking forward to see you again, Mr. Penniman! 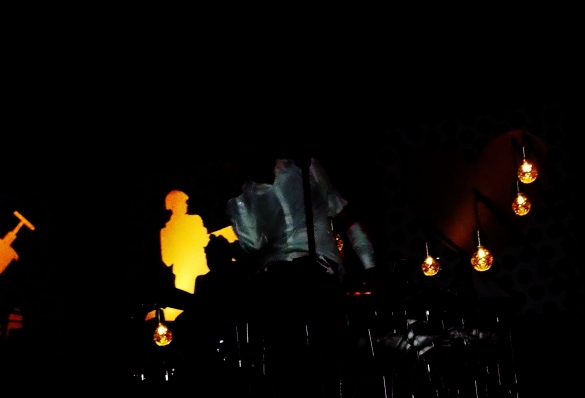 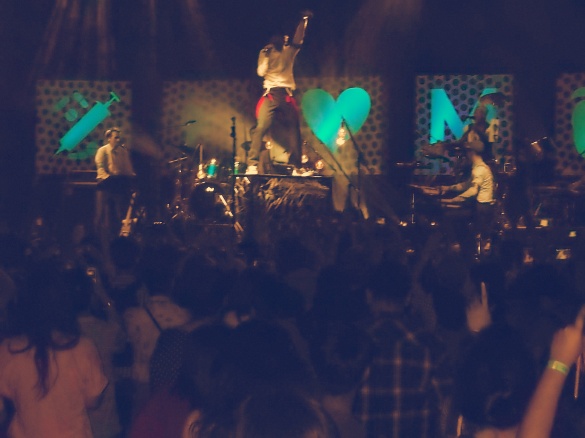 One thought on “MIKA: The Origin of Love Jakarta Concert 2013”